Dalila Jakupovic was in the lead before had to retire from the match.

A professional tennis player competing in an Australian Open qualifying match in Melbourne was forced to retire after she suffered a coughing fit from thick smoke caused by the catastrophic bushfires.

Dalila Jakupovic of Slovenia fell to her knees Tuesday when she was about to serve during the Round 1 Open qualifying match.

“I was really scared that I would collapse,” Jakupovic told ESPN. “That’s why I went onto the floor, because I couldn’t walk anymore.”

Jakupovic, currently ranked 180th in the world, was leading against Switzerland’s Stefanie Voegele when she had to retire.

Awful scenes in Melbourne.
Dalila Jakupovic has abandoned her #AusOpen qualifying match after suffering a coughing fit while playing in thick smoke caused by the #AustralianFires. 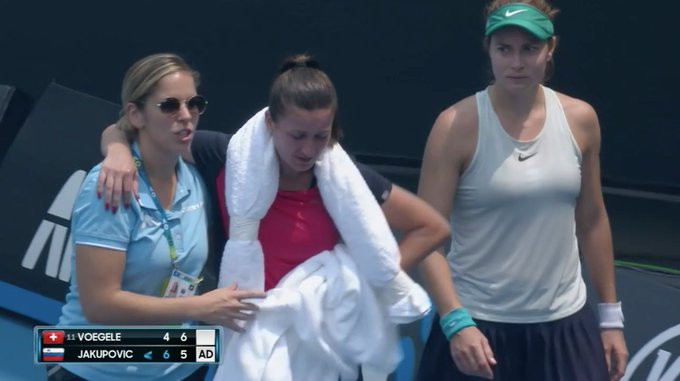 4,085 people are talking about this

The logistics of the tournament became a cause of concern as bushfires continue to rage on in Australia, including in the state of Victoria, where Melbourne is located.

MORE: How to help support the Australian wildfires relief effort

This season’s fires, which began about four months earlier than normal, have been especially devastating for the country. Over 15 million acres have burned, at least 25 people have died and an ecologist at The University of Sydney estimates that more than one billion animals have perished.

Jakupovic has now joined a chorus of players speaking out against playing in the conditions.

“It’s not healthy for us,” Jakupovic told ESPN. “I was surprised. I thought we would not be playing today, but we don’t have much choice.”

Elina Svitolina, a Ukranian tennis player, tweeted, “Why do we need to wait for something bad to happen to do an action [sic].”

Her tweet included a photo of the AQI (air quality index) at 200 Tuesday afternoon local time, well above the 0 to 50 standards for a good AQI and considered very unhealthy. 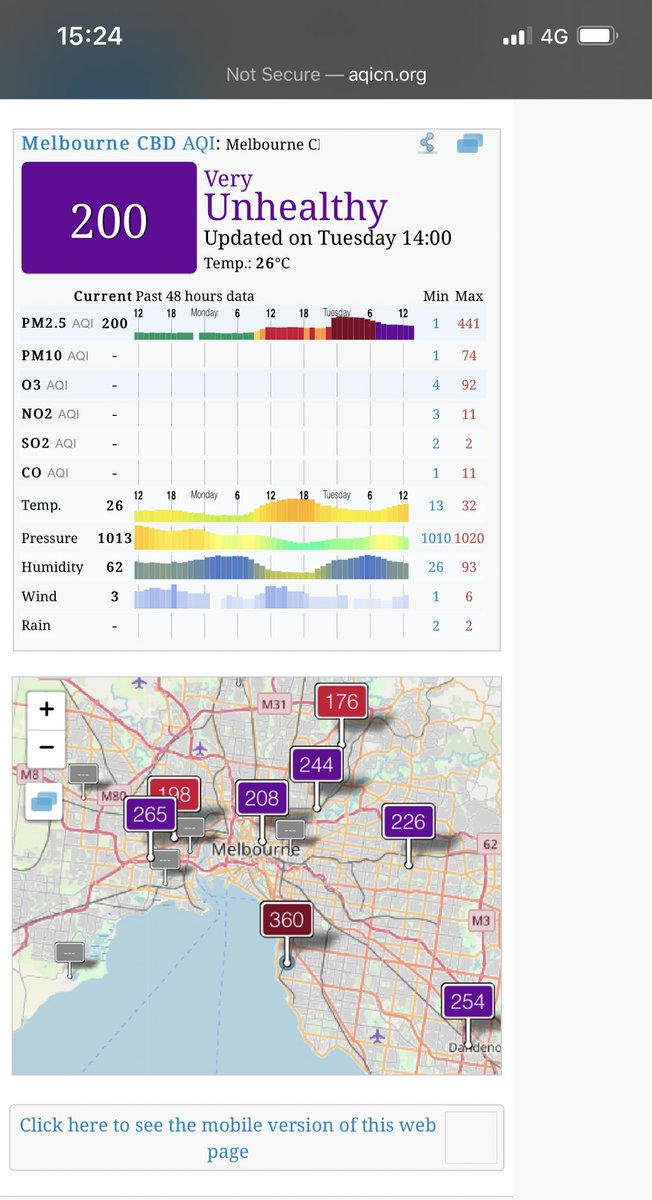 494 people are talking about this

The AQI in Melbourne as of early Wednesday local time was listed as 167 and categorized as unhealthy, according to the World Air Quality Index.

Australian Open organizers did not immediately respond to ABC News for comment, but a tweet from its official account read that the qualifying matches on Tuesday were pushed back an hour and practice was temporarily suspended “due to poor air quality.”

“As always the health and safety of our players, our staff and our fans is our priority,” the tweet read.

Last week, the Australian Open spoke in favor of its stadiums, saying there the tournament has three-roofed stadiums and eight indoor courts.

“In the unlikely case of extreme smoke conditions, the roofs will be closed on the 3 stadium courts and play will continue in their air-conditioned, air-filtered environment,” according to a tweet Australian Open’s official Twitter account.

“If smoke infiltrates the 3 stadium courts,” the tweet read, “the air conditioning system will filter it out.”

MORE: IBM introduces new tennis tool to make the next Sloane Stephens at the US Open

The smoke from the fires has not only affected Australia, but New Zealand and South America, according to NASA researchers who have been tracking the smoke’s path.

It crossed South America, about halfway around the Earth, turning the skies hazy and causing colorful sunrises and sunsets, according to the space agency.

NASA predicted that the smoke would make at least one full circuit around the globe, making its return to Australia skies.

Wine demand falls for the 1st time in 25 years

Rift over Harry-Meghan plans can be settled: UK PM