Postal banks in the Gaza Strip started to distribute $7 million in small grants from Qatar on Wednesday to impoverished Palestinian families in the territory, according to an official in Doha’s Gaza Reconstruction Committee.

In the past year, the banks have distributed Qatari grants to tens of thousands of needy families in the coastal enclave several times.

The Gulf nation agreed to provide the grants to poor families in Gaza as part of ceasefire understandings between Israel and terror groups in the Strip.

“The distribution has been underway as of this morning,” the official, who spoke on condition of anonymity, said in a phone call.

Mohammed al-Emadi, the head of the Reconstruction Committee, said in a statement on Monday that 70,000 needy families would receive the payouts in the form of a $100 bill.

Over the past several months, the Reconstruction Committee has announced varying numbers of beneficiaries of the grants. For example, in May, it said it would give 109,000 poor families in Gaza payouts; in June, it said it would grant funds to 60,000 needy families.

The official in the Reconstruction Committee said that the number of beneficiaries has fluctuated based on “the decision of the [Qatari] ambassador,” without elaborating.

Emadi, who has frequently visited Gaza, the West Bank and Israel, maintains contacts with the the Fatah-dominated PA, the coastal enclave’s Hamas rulers and Israeli officials.

The Hamas-run Communications Ministry in Gaza said on Tuesday that postal banks would distribute the Qatari grants to impoverished families from Wednesday to Tuesday between 8 a.m. and 2:30 p.m.

The ministry also posted a link on its website where Palestinian families can check whether they were selected to receive a $100 bill. 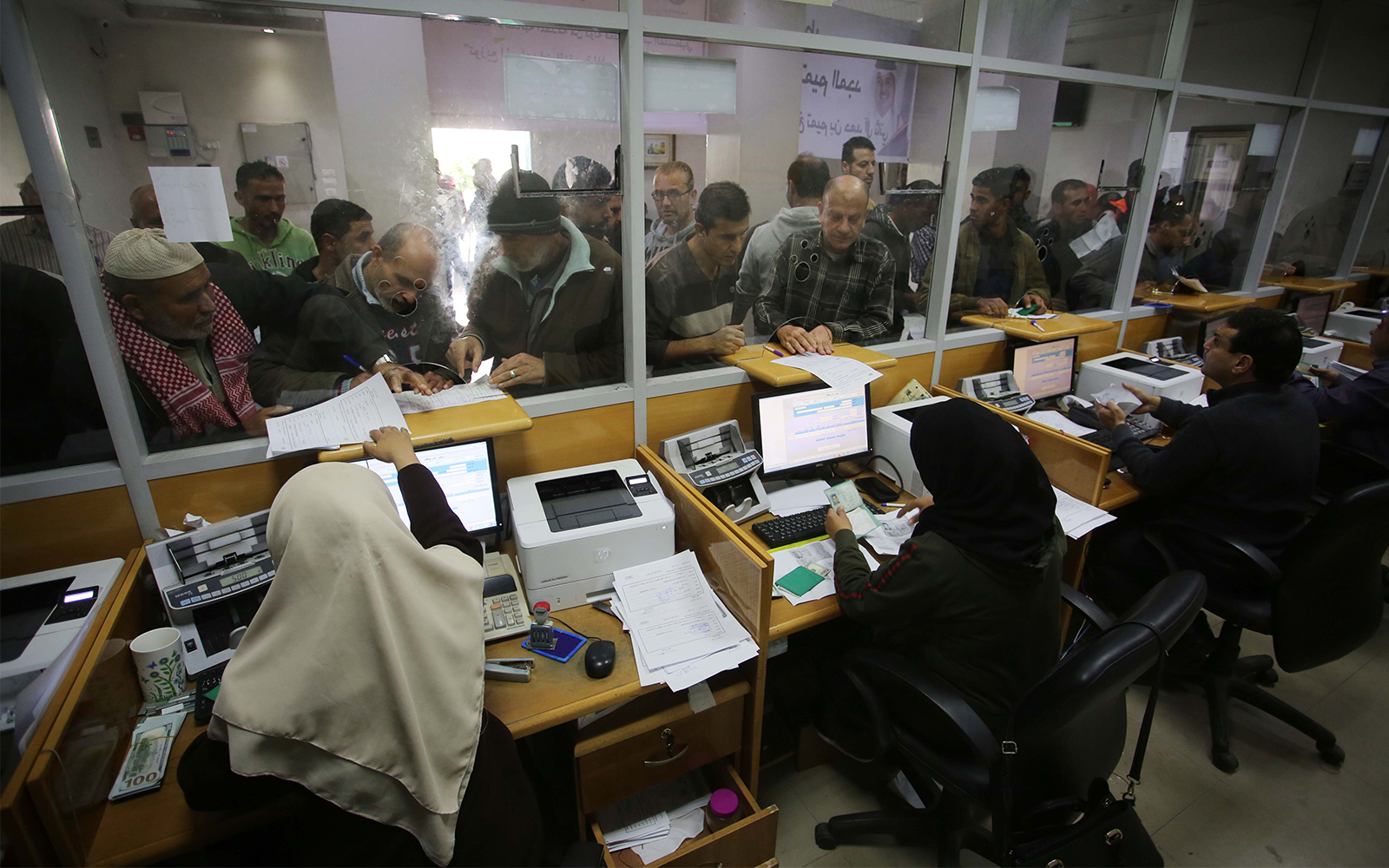 The handouts came after a night that saw two projectiles shot out of Gaza, which Israel responded to with retaliatory airstrikes in the enclave.

Fifty-three percent of Palestinians in Gaza live in poverty, a June 2018 United Nations report said. Eighty percent depend on international aid, according to the UN Relief and Works Agency, the main international organization that provides health, education and other services to Palestinian refugees and their descendants.

At the conclusion of a trip to Gaza in May, Emadi told journalists in Gaza City that Doha would continue to provide “monetary support to the poor and modest families for a period of six months,” noting that it would come from the $180 million the Gulf state had pledged the previous week to send to the Strip.

His statement at the time came after Qatar announced on May 6 that it would send $480 million to the West Bank and Gaza to “aid the brotherly Palestinian people in obtaining its basic needs.” PA officials later said that Doha would deliver $300 million, primarily in loans, to Ramallah’s accounts and $180 million to Gaza.

Abbas updated Tamim on the “latest developments in the Palestinian arena,” the Wafa report stated.

PLO Executive Committee member Azzam al-Ahmad said on Sunday that the Palestinian and Qatari leaders would meet and discuss efforts to hold parliamentary and presidential elections in the West Bank, Gaza and East Jerusalem.

In late September, Abbas told the annual gathering of the United Nations General Assembly in New York City that he would call for general elections in the West Bank, Gaza and East Jerusalem.

He has since met with the head of the PA Central Elections Committee, Hanna Nasser, on several occasions.

Hamas has declared it is ready to participate in legislative and presidential elections and has stated it was prepared to make some concessions to allow the vote to take place. 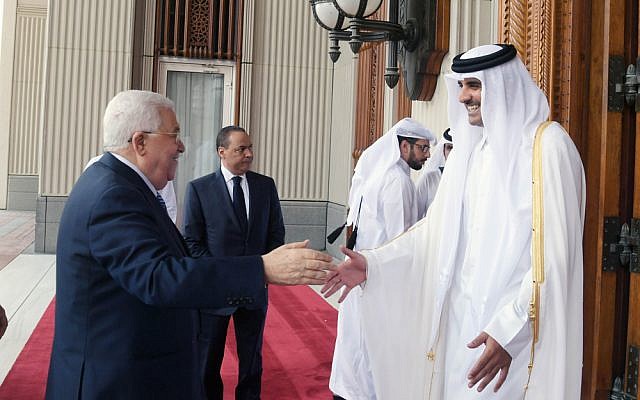 Abbas’s Fatah party and Hamas have been at loggerheads since the terror group ousted the PA from the coastal enclave in 2007. Many efforts to reconcile the two sides have failed.

The PA has not held parliamentary or presidential elections since 2006 and 2005, respectively.

Both Fatah and Hamas have said they would not participate in elections that do not include East Jerusalem. While Israel has previously allowed Palestinians to vote in PA elections in East Jerusalem, which is under its jurisdiction, it has not indicated whether it would allow for a vote to take place in the future.

A spokesman for Prime Minister Benjamin Netanyahu did not respond to a request for comment.

The Oslo Accords, agreements signed by Israel and the PLO in the 1990s, set out a mechanism to enable Palestinians to participate in elections in East Jerusalem, which the Jewish state considers part of its sovereign capital.