Boris Johnson’s administration is another Conservative In Name Only government in the fine traditions of David Cameron and Theresa May. The latest evidence of this is CCHQ’s extraordinary and outrageous decision to censure one of its own MPs for attending a conservative conference.

A perfectly reasonable decision, you might think. Orban and Salvini are — along with politicians like Donald Trump, Nigel Farage and Jair Bolsonaro — key figures in the populist wave that is sweeping world politics in opposition to the suffocating globalism embodied by institutions like Davos and supranational organisations like the European Union. Any Conservative MP worth the name should be studying these people closely to see what lessons can be learned.

They certainly shouldn’t be getting a fit of the vapours at the mere mention of their names: these are legitimate, elected, popular politicians.

But when the leftist media got wind of Kawczynski’s devilish scheme — ‘Conservative attends Conservative conference shock!’ — he was forced to defend himself in an article in the Spectator.

Orban and Salvini are not to everyone’s tastes, of course. And I don’t agree with each and every one of their policies. But I am not Hungarian or Italian and both leaders have been elected on huge popular mandates in their countries. They represent serious ideas and concerns, some of which are shared by people in Britain. They have every right to speak at a conference on the subject of national sovereignty, which they have pledged to defend and which accounts for their popularity with voters.

Clearly, offence archeologists have done a thorough job in finding historic remarks from some of the participants that jar with the liberal world view. But it is only common sense to talk with parties and politicians that are either leading their respective countries, or will perhaps take power in the next few years. It would be foolish not to do so.

This really ought to have been the end of it. Instead, far from sticking up for him, Conservative HQ formally censured him and forced him to apologise.

Naturally, the leftist media was delighted at claiming this Conservative scalp.

On Thursday, the Conservative party confirmed in a statement that it had issued the backbench MP with a formal warning for attending the event. “Daniel Kawczynski has been formally warned that his attendance at this event was not acceptable, particularly in light of the views of some of those in attendance, which we utterly condemn, and that he is expected to hold himself to higher standards,” a spokesperson said.

“Daniel has accepted this and apologised.”

BuzzFeed got similarly erect over this amazing “Conservative MP caught being conservative” gotcha.

But is it really the job of a Conservative administration to make the hacks from hard-left media organisations get big in their trousers?

Surely, that massive victory Boris Johnson won in the last general election was supposed to represent a new compact with the British people: one in which the craven political correctness, ideological spinelessness, and endless leftward drift of the May and Cameron fake Conservatives would be replaced, at the very least, by a more honest, commonsense approach to governing, in tune with the populist spirit of Brexit.

This smacks of the grotesque way the Conservative party mishandled a similar attack on Sir Roger Scruton, orchestrated by some of the same leftist media troublemakers.

Scruton, of course, would have had no qualms about attending a conference where the speakers included Salvini and Orban; not least because, being an informed and genuine Conservative, he would have no truck with the ludicrous idea that they were far-right anti-Semites who ought to be beyond the pale of discussion.

Theresa May’s Conservative party brought near irredeemable shame upon itself the way it initially refused to defend Scruton from an outrageous and unfair attack orchestrated by some really disgraceful and dishonest leftist hacks.

What was especially nauseating was the way various Conservative MPs seized the moment to virtue-signal by joining in the condemnation of Scruton. (Funny way of virtue signalling: attacking your political ideology’s most articulate living philosopher, without bothering to check whether or not he’s said or done anything wrong, and while he is dying of cancer…)

But that was back in the bad old days when the Conservatives had long forgotten what it was like to be Conservative on any issue.

The incoming Boris administration was supposed to mark a clean break from that benighted era. Pass-the-sickbag tweets like this — courtesy of former Tory MP Eric Pickles —  suggest that it is far from over:

Had Daniel attended the conference to confront racists and extremism he might be justified in attending. Unfortunately, his presence has only brought them comfort. He has let fellow @Conservatives down https://twitter.com/JewishChron/status/1225379128376950788 …

‘By consorting with racists, Daniel Kawczynski sends a clear message that he believes their ideas are legitimate and respectable’ – This week’s JC leader http://bit.ly/2Uv2Dhl 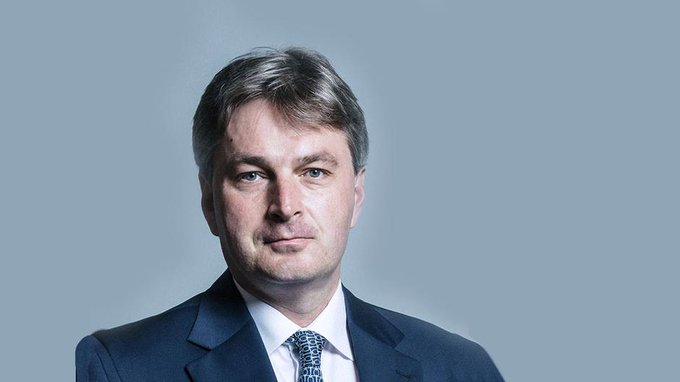 93 people are talking about this

Sure, we all understood that there would be areas where Boris might disappoint, for politics is about compromise and horse-trading and factionalism and the Deep State.

What I don’t think any of us could have believed, though, is that CCHQ would still be as lame, weak, apologetic, frit, and un-Conservative as to feel the need to force an apology from a Conservative MP for the crime of attending a conservative conference.

Shame on Boris Johnson for letting this happen on his watch. Shame on the Conservative party. This all augurs extremely badly for the next five years.