The Tories could face an ugly evening on Thursday as voters go to the polls for the local elections.

Amid a backdrop of huge anger with Theresa May’s dismal handling of Brexit, there is talk of the Conservatives losing between 500 and 1,000 Council seats.

The Chairman of Conservative Grassroots, Ed Costelloe, has told the Sunday Express that: “Our Councillors with small majorities are feeling very nervous.

“The trouble is when our members are knocking on doors people just want to talk about Brexit and the position of the Prime Minister and don’t want to focus on local issues.” 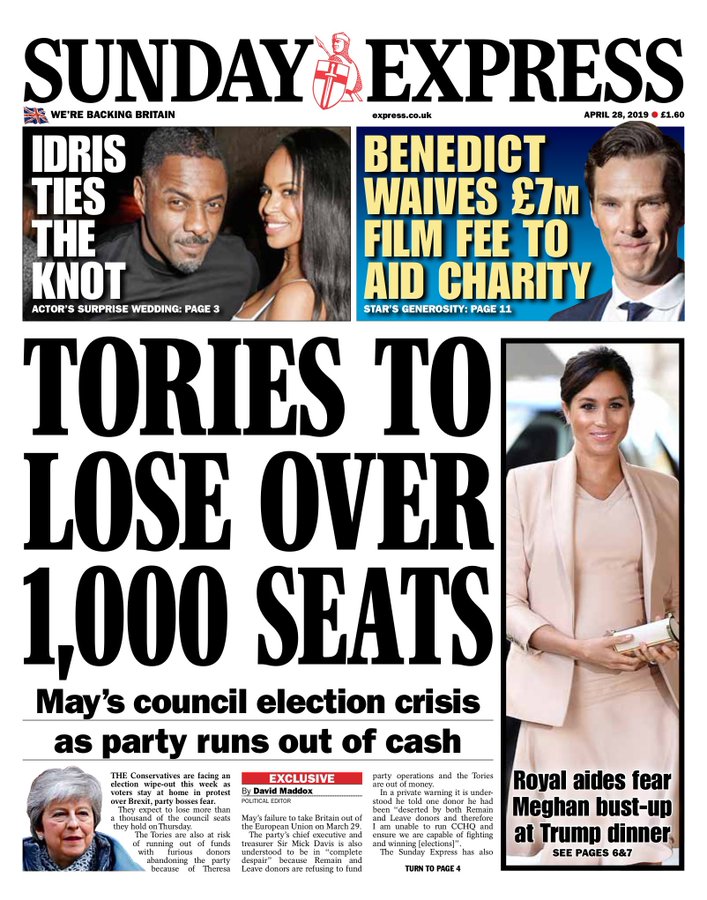 Though local elections can be incredibly difficult to poll, Opinium found that of those in England who say they will definitely vote, 31% plan to vote for a Labour Councillor compared to 25% who are planning to vote Tory.

There are money troubles for the party too, with an apparent mega donor who was planning to donate £1m+ to the Conservatives now in talks with Nigel Farage’s Brexit Party ahead of the European Elections.

Who can blame voters for feeling totally fed-up with Theresa May’s Conservatives when the UK is still in the European Union nearly three years after voting to leave?