How Government and Media Are Prepping America for a Failed 2020 Election. Russia, China and Iran are already being blamed for using tech to undermine the 2020 election. Yet, the very technologies they are allegedly using were created by a web of companies with deep ties to Israeli intelligence.

PREDICTIVE PROGRAMMING is psychological conditioning provided by mass media (MSM) to acquaint the public with planned societal changes. When they are put through, the public is already familiar with them and will accept them as natural progressions, thus lessening public resistance and commotion. I wrote about this 2 months ago: Predictive Programming — US Civil War?

I tried to document my thesis but Whitney Webb’s recent article is so much better. How Government and Media Are Prepping America for a Failed 2020 Election

The problem with Webb’s 8500+ word offering is IT’S TOO DAMN LONG. The gist of what she says is that there will either be no November 2020 Presidential Election or Trump will win again and DEMOCRATS WILL REJECT IT with more RUSSIA, RUSSIA, RUSSIA and IMPEACH, IMPEACH, IMPEACH uproar leading to civil commotion, martial law and the death of America’s US Constitution.

“As World War II drew to a close in Europe, British philosopher Bertrand Russell wrote that “neither a man nor a crowd nor a nation can be trusted to act humanely or to think sanely under the influence of a great fear.”

Though numerous examples in the post-World War II era have proven Russell’s point, perhaps one of the best examples was the U.S. public’s willingness to swallow lie after lie about Saddam Hussein’s Iraq due to the climate of fear that followed the September 11 attacks. Those lies, propagated by dubious intelligence, government officials and a compliant media, resulted in catastrophes – large and small, both abroad and at home.

Today, an analogous narrative is being crafted by many of the same players – both in media and government – yet it has avoided scrutiny, even from independent media.

Over the past several months and with a renewed zeal in just the last few weeks, anonymous intelligence officials, dubious “experts” and establishment media outlets have crafted a narrative about the coming “chaos” of the 2020 election, months before it takes place. Per that narrative, certain state actors will use specific technologies to target the “American mind” in order to undermine the coming presidential election. The narrative holds that those efforts will be so successful that the U.S. will never recover as a democracy.
Though these anonymous government sources and their stenographers have already named the countries who will be responsible and the technologies they will use, they also admit that no evidence yet exists to back up these claims, meaning they are — at best — pure speculation. 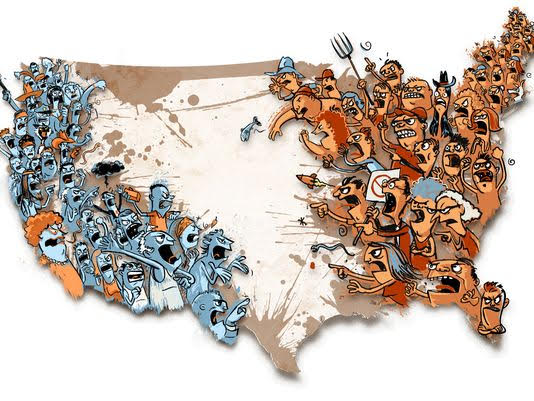 Headlines such as “Hackers Are Coming for the 2020 Election — And We’re Not Ready,” “Basically Every US National Security Leader Is Warning About Foreign Interference In The 2020 Election,” and “U.S. intel agencies: Russia and China plotting to interfere in 2020 election” have become increasingly common, despite no available evidence, as have warnings that the American public is defenseless against the old scourge of “fake news” and the new scourge of “deep fakes.” Some media reports have gone so far to say that actual foreign meddling isn’t even necessary as merely the fear of foreign meddling could be enough to upend the American political system beyond repair.
Historically, the goal of such fear-inducing narratives has been the trading of civil liberties for increased security, or rather, the appearance of increased security. Yet, when the need for security is felt due to a fear that is based on government-driven speculation and not on evidence, the goal of that narrative is not about protecting the public from a real, tangible threat but instead about the consolidation of power by the very groups responsible for crafting it — in this case, the intelligence community and other key players in the national security state.
However, what is particularly odd about this narrative surrounding imminent “chaos” and meddling in the upcoming 2020 election is the fact that, not only have the instruments of said meddling been named and described in detail, but their use in the election was recently simulated by a company with deep ties to both U.S. and Israeli intelligence. That simulation, organized and run by the Israeli-American company Cybereason, ended with scores of Americans dead, the cancellation of the 2020 election, the imposition of martial law and a spike in fear among the American populace.
Many of the technologies used to create that chaotic and horrific scenario in the Cybereason simulation are the very same technologies that U.S. federal officials and corporate media outlets have promoted as the core of the very toolkit that they claim will be used to undermine the coming election, such as deep fakes and hacks of critical infrastructure, consumer devices and even vehicles.
While the narrative in place has already laid the blame at the feet of U.S. rival states China, Russia and Iran, these very technologies are instead dominated by companies that are tied to the very same intelligence agencies as Cybereason, specifically Israeli military intelligence.
With intelligence agencies in the U.S. and Israel not only crafting the narrative about 2020 foreign meddling, but also dominating these technologies and simulating their use to upend the coming election, it becomes crucial to consider the motivations behind this narrative and if these intelligence agencies have ulterior motives in promoting and simulating such outcomes that would effectively end American democracy and hand almost total power to the national security state.”
—–
Related- Pelosi’s Tear-error is Harbinger of things to Come
https://www.henrymakow.com
SHARE THIS POST