Israel has suspended its ties with UN High Commissioner for Human Rights Michelle Bachelet in an angry reaction to her office’s publication of a long-anticipated list of over 100 firms active in settlements built on occupied Palestinian land.

Israeli foreign minister Israel Katz’s office said on Wednesday that he had ordered “exceptional and harsh measure” in response to Bachelet’s office “serving the BDS campaign,” referring to the Boycott, Divestment and Sanctions movement —an international campaign promoting various forms of boycott against the Tel Aviv regime until it meets its obligations under international law.

It also noted that the Israeli foreign minister intends to protect the companies operating in the occupied territories.

Earlier on Wednesday, the Office of the UN High Commissioner for Human Rights (OHCHR) released a list of 112 companies that conduct business in Israeli settlements across the West Bank.

Of the entities listed, 94 are domiciled in the occupied lands and 18 in the US, France, the Netherlands, Luxembourg, Thailand and the UK.

The move was hailed by the Palestinian foreign minister as a victory for international law.

The database took almost four years to complete, after being mandated in a resolution passed by the UN Human Rights Council in 2016.

The resolution urged the OHCHR to produce a “database for all businesses engaged in specific activities related to Israeli settlements in the occupied Palestinian territory.”

Israeli Prime Minister Benjamin Netanyahu rejected the UN list as the work of a “biased and uninfluential body.”

“Instead of dealing with human rights, this body is trying to blacken Israel’s name. We reject any such attempt in the strongest terms and with disgust,” he said in a statement. “Whoever boycotts us will be boycotted.”

Palestinian officials, however, welcomed the release of the settlement blacklist.

Calling to shut down offices in settlements, premier says companies will be pursued legallyhttp://english.wafa.ps/page.aspx?id=UdPZF7a115069792959aUdPZF7 … 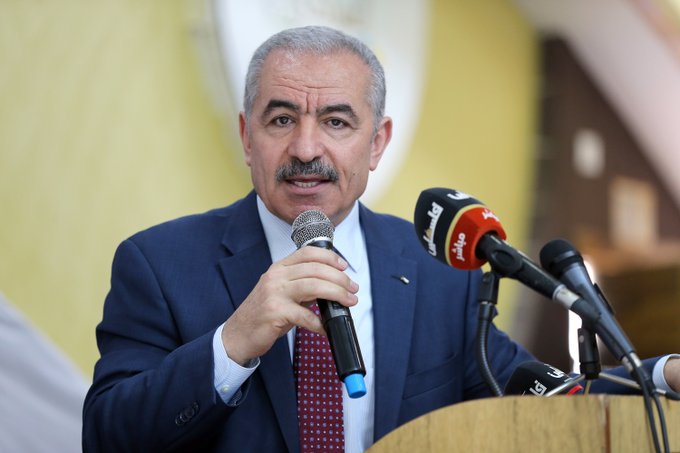 “We will pursue the companies listed in the report legally through international legal institutions and through the courts in their countries for their role in violating human rights,” he said.

He also called for the companies operating in the West Bank to immediately close their offices and branches there, saying they violated international law and UN resolutions.

“We will demand compensation for illegally using our occupied lands and for engaging in economic activity in our lands without submitting to Palestinian laws and paying taxes,” Shtayyeh added, suggesting that the companies could move to areas controlled by the Palestinian Authority to avoid potential retribution.

Moreover, Secretary General of the Palestine Liberation Organization (PLO) Saeb Erekat called the UN list a boon to the credibility of the UN Human Rights Council “in the face of the fierce attack and the intense pressure that the Trump administration places on these institutions.”

“While this list does not include all the companies profiting from Israel’s illegal colonial-settlement enterprise in occupied Palestine, it’s a crucial first step to restore hope in multilateralism and international law,” he said in a statement.

The list, he emphasized, “should serve as a reminder to the international community on the importance of strengthening the tools to implement international law at a time when the illegality of Israeli settlements is being challenged.”

Palestinian Foreign Minister Riyad al-Maliki also hailed the release of the list as “a victory for international law.”

In a statement posted on the ministry’s Facebook page, he urged the UN Human Rights Council member states to study the list and instruct the companies cited on it to terminate their activities in the Israeli settlements.

Similarly, Human Rights Watch stressed that the database helps businesses end “complicity in rights abuses” and “should put all companies on notice.”

The blacklist “should put all companies on notice: to do business with illegal settlements is to aid in the commission of war crimes,” said HRW’s Deputy Executive Director for Advocacy Bruno Stagno.

Saeed Abu Ali, Arab League assistant secretary general for Palestine and the occupied Arab territories, described the UN list as an important step towards supporting the Palestinians’ rights against the crimes committed by the occupying regime, especially the construction of settlements.

He further called on the international community to devise a mechanism to punish Israel and oblige the regime to respect international law.

More than 600,000 Israelis live in over 230 settlements built since the 1967 Israeli occupation of the Palestinian territories of the West Bank and East Jerusalem al-Quds.

Emboldened by US President Donald Trump’s all-out support, Israel has stepped up its settlement construction activities in defiance of United Nations Security Council Resolution 2334, which pronounced settlements in the West Bank and East Jerusalem al-Quds “a flagrant violation under international law.”

Much of the international community regards the Israeli settler units in the occupied lands as illegal.

Thousands of Venezuelans rally in Caracas to support Maduro

14th case of coronavirus confirmed in US

‘Racist white supremacist propaganda more than doubles in US’

How Trump normalized distrust of America in Iran

Trump warns Senate not to curb his war authority on Iran