Chaos broke out at an airport in Venezuela’s capital Caracas, when Juan Guaido, who was declared interim president by the opposition, returned from an overseas trip.

On Tuesday, Guaido arrived at Simon Bolivar International Airport in Caracas after completing a support-seeking tour abroad, during which he attended US President Donald Trump’s annual State of the Union Address in Washington.

The tensions first erupted when the politician was passing immigration control. As he was talking to an immigration officer, Guaido was suddenly confronted by an angry woman who accused him of “selling out the country.” She was wearing a bright red T-shirt, often sported by the supporters of Guaido’s chief opponent, President Nicolas Maduro.

“Traitor! You’re a traitor to the homeland!” 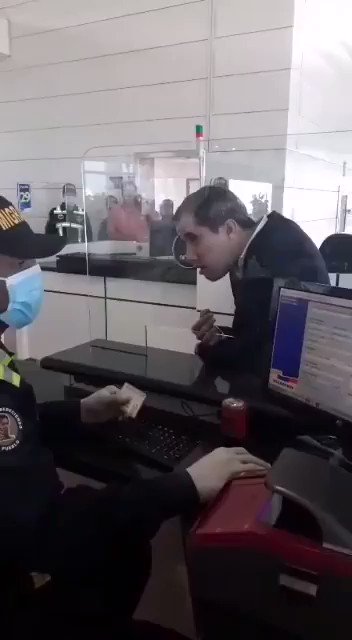 2,205 people are talking about this

A heated argument ensued, during which the woman doused the opposition leader with water. 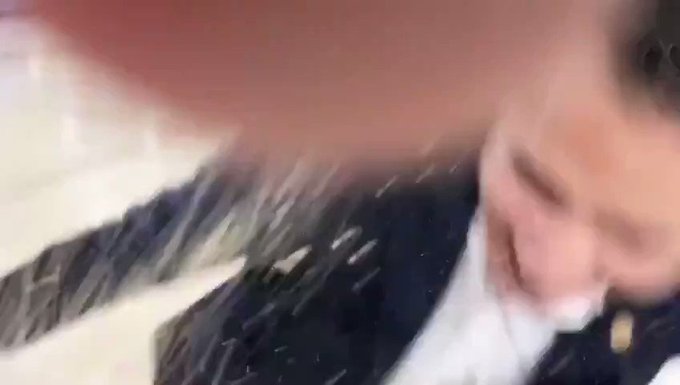 1,060 people are talking about this

After ditching the protester, Guaido met with his wife Fabiana Rosales, several opposition lawmakers, and a cheering group of his supporters. 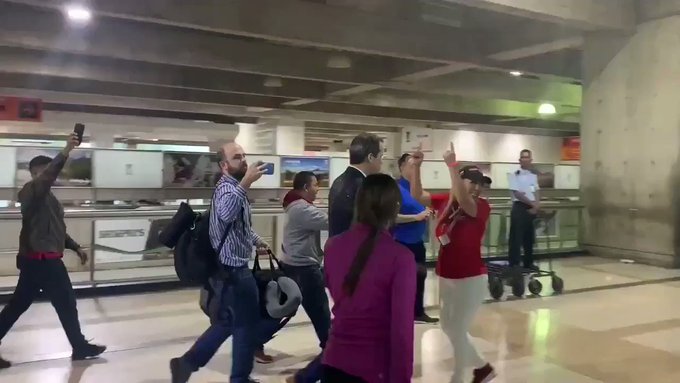 877 people are talking about this 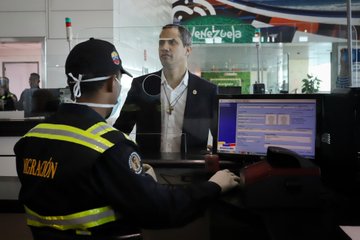 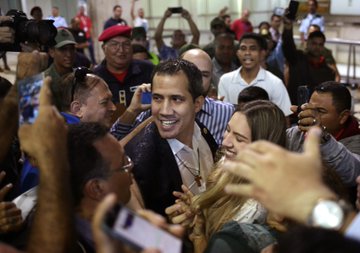 2,394 people are talking about this

Meanwhile, around 200 protesters gathered outside the airport, chanting “Murderer.” This led to scuffles between the two groups when Guaido was leaving the airport flanked by his supporters. He managed to get into a car safely and drive away, while pro-government activists were punching and kicking the vehicle, as well as throwing traffic cones at it.

The opposition-controlled parliament elected its then-speaker Guaido as interim president of Venezuela in January last year. He has staged several large rallies in Caracas and other cities since then, some of which have spiraled into rioting and clashes with police.

The opposition leader called on the army and police to join the demonstrations to oust Maduro but the vast majority of servicemen have remained loyal to the government.