(CNN)  For the first time, scientists have identified the genetic differences associated with left-handedness, a trait found in 10% of the human population.

What’s more, those genetic variants result in differences in brain structure, which might mean that left-handed people have better verbal skills than the right-handed majority.

While previous research into twins has indicated that genes are at least partially responsible for controlling handedness, the new study, conducted by scientists from the University of Oxford and published in the journal Brain, is the first to identify which genetic variants separate the lefties from the righties.

The research could suggest a potential correlation between left-handedness and superior verbal skills, said Akira Wiberg, a Medical Research Council fellow at the University of Oxford who worked on the study. 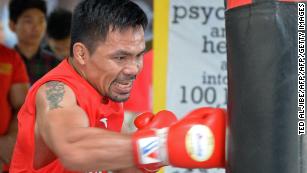 Left-handed boxers win more fights, research shows
“This raises the intriguing possibility for future research that left-handers might have an advantage when it comes to performing verbal tasks, but it must be remembered that these differences were only seen as averages over very large numbers of people and not all left-handers will be similar,” he said in a news release.
Further research must be conducted to test this potential advantage, according to Gwenaëlle Douaud, joint senior author of the study and a fellow at Oxford’s Wellcome Centre for Integrative Neuroimaging.
“We need to assess whether this higher coordination of the language areas between left and right side of the brain in the left-handers actually gives them an advantage at verbal ability. For this, we need to do a study that also has in-depth and detailed verbal-ability testing,” she said.

Funded by the UK’sMedical Research Council and Wellcome, a UK medical research charity, the researchers studied the DNA of 400,000 people, including 38,332 left-handers, from the UK Biobank, a database comprising the health information of volunteers across the country.
They isolated four genetic regions associated with left-handedness; three of those regions were linked to proteins that influence brain structure and development. Specifically, the proteins were connected to microtubules, a component of cell “scaffolding” or the cytoskeleton.
The cytoskeleton determines the structure of cells, as well as the way they operate within the body. Previous research has demonstrated the cytoskeleton’s influence on “left-right asymmetry” in other species.
“Many animals show left-right asymmetry in their development, such as snail shells coiling to the left or right,” Douaud said. 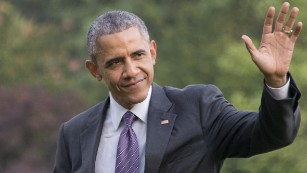 Lefties get their day
By analyzing brain imaging from about 10,000 of the people studied, the researchers found that the genetic variants related to left-handedness were associated with differences in the brain’s white matter tracts — in particular, the tracts that connect the areas of the brain associated with language.
What’s more, Douaud told CNN, the research indicated that in left-handed people, “the left and right sides of the brain communicate in a more coordinated way.
Left-handed people demonstrate “a higher synchronization of the natural oscillations of your brain, and these oscillations still happen when you are idle,” she said, a synchronization that occurs “precisely again in the brain regions dedicated to language.” 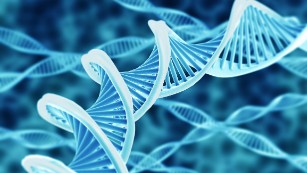 Scientists confirm genetics of schizophrenia
The study also indicated an association between the aspects of brain development linked to handedness and the likelihood of developing schizophrenia or Parkinson’s disease.
Dominic Furniss, joint senior author alongside Douaud and a fellow at Oxford’s Nuffield Department of Orthopaedics, Rheumatology, and Musculoskeletal Science told CNN, “It has long been known that there are slightly more left-handers amongst patients with schizophrenia than the general population. By contrast, there are slightly less left-handers with Parkinson’s disease than the general population.”
The new research, Furniss said, “suggests that these diseases, along with handedness, are the product of fundamental differences in brain development, some of which is driven by genes.”
The researchers stressed, however, that the association between handedness, schizophrenia and Parkinson’s indicates only correlation, not causation, and that the difference in terms of the number of people with the illnesses is very slight.

Merkel lands in China amid concerns

How to watch the Indian moon landing

A new kind of dinosaur has been unearthed in Japan