Did Trump’s threat to possibly use ‘disproportionate’ force if Iran strikes US citizens and sites violate int’l law?

US President Donald Trump has faced further outrage over the weekend after tweeting the US could attack 52 Iranian sites, “some at very high level & important to Iran & the Iranian culture”, if Tehran attacks a US person or target.

He later added: “Should Iran strike any US person or target the US will quickly and fully strike back and perhaps in a disproportionate manner.”

The tweets, sent in the aftermath of the assassination of Iranian General Qassem Soleimani in Iraq, sparked widespread condemnation, with many rights experts and organisations pointing out that targeting cultural sites with military action is considered a war crime under international law.

These Media Posts will serve as notification to the United States Congress that should Iran strike any U.S. person or target, the United States will quickly & fully strike back, & perhaps in a disproportionate manner. Such legal notice is not required, but is given nevertheless!

187K people are talking about this

The outrage only prompted Trump to initially double down, however.

But US Secretary of Defense Mark Esper suggested on Monday that the US military would not follow any orders to attack a cultural site.

One day later, Trump retreated from his initial comments regarding Iranian cultural sites, saying he would reluctantly obey international law.

Many experts are in agreement that action of the scope Trump was threatening, including the use of disproportionate force, would violate international law, which holds proportionality as one of its key principles.

The principle of proportionality “seeks to limit damage caused by military operations by requiring that the effects of the means and methods of warfare used must not be disproportionate to the military advantage sought,” according to the Red Cross. Using disproportionate force, therefore, amounts to a war crime under this principle.

….hundreds of Iranian protesters. He was already attacking our Embassy, and preparing for additional hits in other locations. Iran has been nothing but problems for many years. Let this serve as a WARNING that if Iran strikes any Americans, or American assets, we have…..

….targeted 52 Iranian sites (representing the 52 American hostages taken by Iran many years ago), some at a very high level & important to Iran & the Iranian culture, and those targets, and Iran itself, WILL BE HIT VERY FAST AND VERY HARD. The USA wants no more threats!

127K people are talking about this

Luciano Zaccara, professor of Gulf Politics at Qatar University argued that the US has already used disproportionate force by killing Soleimani, “one of the highest authorities within the Iranian political-military establishment”.

Other experts have gone a step further, suggesting that by issuing such threats, Trump may have violated international law.

According to Ilias Bantekas, professor of law at Hamad bin Khalifa University in Doha, the tweet in which Trump threatens to act “disproportionately” is in itself a violation of Article 2 (4) of the UN Charter which states that all members of the UN shall “refrain from the threat or use of force against the territorial integrity or political independence of any state”.

“The ‘perhaps disproportionately’ tweet is a clear violation of Article 2(4) of the UN Charter, which prohibits the threat of armed force, even if not followed by actual armed measures,” Bantekas said. “Even if an action were deemed to have been lawful as a matter of self-defence, its disproportionate character would make it unlawful.”

Kevin Jon Heller agreed, saying that while there would be “nothing inherently wrong for Trump to say – in his own unique way – that the US would defend itself against an armed attack,” the fact that he threatened disproportionate force “is in violation of Article 2(4)” of the UN charter.

But Charles Blanchard, a partner at Arnold Porter law firm and a former general counsel in the US Army, disagreed.

The tweet “contains enough wiggle room which makes it hard to figure out what President Trump means.” 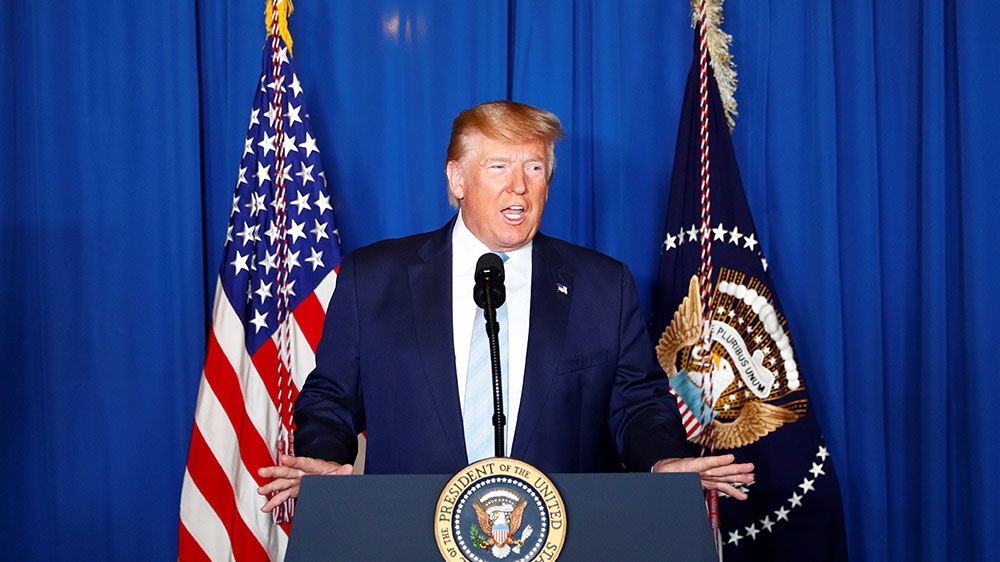 Blanchard pointed to Secretary of State Mike Pompeo’s subsequent statement that any attacks – should the US decide to use force – would comply with international law.

“The tweet is muddled enough that it is difficult to consider it as an official threat by the US,” Blanchard said.

Michael Pregent, a former US intelligence officer and senior Middle East analyst at the Hudson Institute, also said the tweets were not in violation of international law.

“It’s a warning to Iran that if they attack American interests, Iran will be held accountable and the US will target things that are of interest to Iran,” Pregent told Al Jazeera.

Some experts point out that Trump himself said his tweets serve as notification to Congress of military actions he would take should Iran target US citizens or assets.

Bantekas added that “the novelty here is that unilateral action is undertaken through Twitter and that the threat of force emanates not through official channels such as the State Department but from a private tweet.”

He said “state practice had traditionally been expressed through official acts and statements, not private acts of state actors. A tweet is a private action, but when used by a president to effectively threaten armed force, it transformed into a state act.” 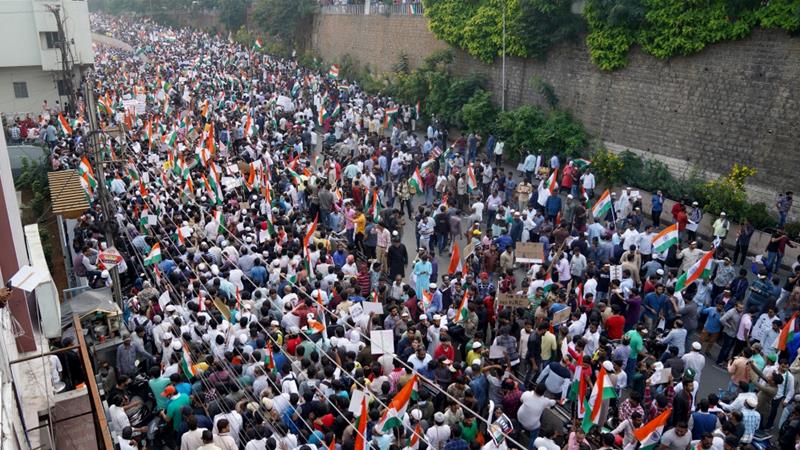