After a brief respite thanks to a preliminary US-China agreement staving off a further escalation of trade tensions, world markets hit by fresh worries over Iran.

World shares fell Monday as financial markets were rattled by escalating tensions in the Middle East following the killing by a US air strike of an Iranian general.

After a brief respite thanks to a preliminary agreement between Washington and Beijing that staved off a further escalation of trade tensions, world markets have been hit by a fresh onslaught of worries.

An Iranian general who replaced the leader killed by the US airstrike in Baghdad vowed Sunday to take revenge as Tehran abandoned the remaining limits of its 2015 nuclear deal with world powers in response to the slaying. 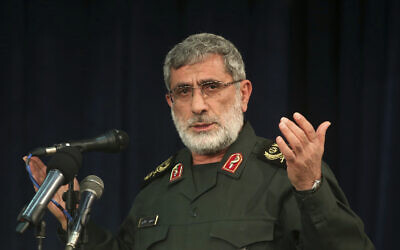 Esmail Ghaani’s threat came as the backlash over the US killing of top Iranian general Qassem Soleimani mounted, with Iraq’s parliament calling for the expulsion of all American troops from Iraqi soil.

US President Donald Trump said the attack was ordered because Soleimani was plotting to kill many Americans. The Pentagon took steps to reinforce the American military presence in the Middle East in preparation for reprisals from Iran.

The air strike marks a major escalation in the conflict between Washington and Tehran, and investors sought safety in US government bonds, sending their yields lower. The price of gold rose. 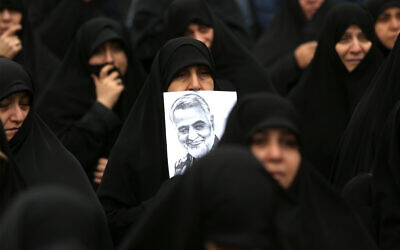 The major stock indexes were coming off record highs after closing out 2019 earlier in the week with the best annual performance by the S&P 500 and Nasdaq since 2013.

Bond prices rose. The yield on the 10-year Treasury fell to 1.78% from 1.79% late Friday, a big move. Lower bond yields bring down the interest rates that banks charge for mortgages and other consumer loans, making them less profitable.