Iranian Foreign Minister Mohammad Javad Zarif has dismissed a proposal for a new “Trump deal” to replace the 2015 Iran nuclear agreement, saying the accord is not previous US president Barack Obama’s deal to expire.

“We did not sign an “Obama deal” to go for a “Trump deal” now. Even if we did, who’s to say we won’t need Biden, Sanders or Warren deal next year?” Zarif said in a tweet on Wednesday, referring to US nominees competing against Trump in the 2020 presidential race.

He added that Iran believed in diplomacy “but not in re-negotiating a UNSC Resolution we agreed on with 6 Governments & EU.”

Told #Raisina2020 that Iran believes in diplomacy: but not in re-negotiating a UNSC Resolution we agreed on with 6 Governments & EU.

We did not sign an “Obama deal” to go for a “Trump deal” now. Even if we did, who’s to say we won’t need Biden, Sanders or Warren deal next year? 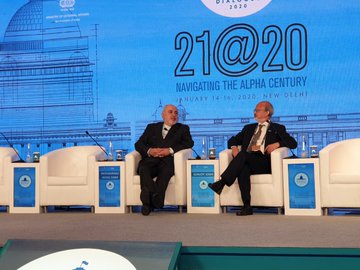 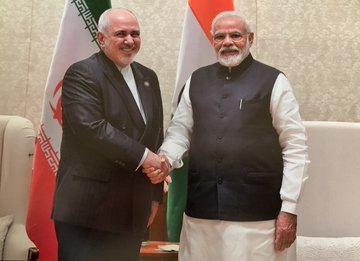 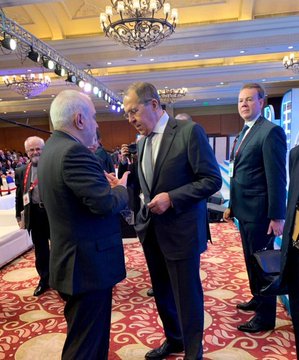 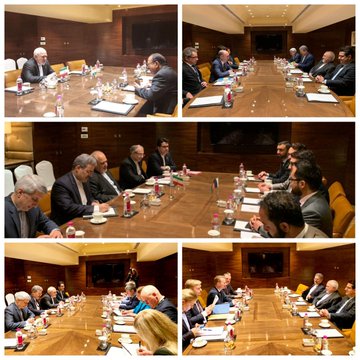 817 people are talking about this

The remarks came a day after British Prime Minister Boris Johnson called for US President Donald Trump to replace Iran’s 2015 nuclear deal, officially known as the Joint Comprehensive Plan of Action (JCPOA), with his own new pact to resolves differences.

The UK Foreign Office, however, said afterwards the prime minister was only advocating the replacement of the existing deal if Washington and Iran were able to negotiate a better one.

Trump said later in a tweet that he agreed with Johnson that a “Trump deal” should replace the Iran deal.

The US under Trump left the JCPOA in May 2018 and restored the sanctions that it had lifted. The UK, France, and Germany also bowed to the sanctions and refused to meet Iran’s business interests under the deal despite an earlier pledge to do so.

Trump has been critical of the agreement and called it the worst deal ever negotiated, proposing new negotiations to reach a “better” accord.

This comes as the JCPOA has been endorsed by the UN Security Council as a resolution.

“I wonder what the British prime minister thinks when he says let’s scrap the JCPOA and put the Trump plan in action,” Rouhani said.

“Trump has done nothing but breach the deal and violate international rules and regulations,” he added.

In a separate tweet on Wednesday, Zarif also reacted to a recent decision by the Europeans to trigger a dispute mechanism under the JCPOA to allegedly save it, saying JCPOA’s future depends on the E3, not Iran.

Iran blasts as a strategic mistake the EU’s decision to trigger a dispute mechanism under the JCPOA, and Russia slams the move as a new escalation.

He criticized the three European parties– UK, France and Germany—for bowing to US pressures and violating their obligations under the agreement, saying the survival of the deal depends on the actions of the EU3 not Iran.

“E3’s response to US attack on JCPOA has been to cut trade/investment in Iran while embargoing our oil,” he tweeted.

“Told #Raisina2020 it’s sad that biggest economy has allowed itself to be bullied into violating own obligations. JCPOA’s future depends on E3, not Iran,” he added.

E3’s response to US attack on JCPOA has been to cut trade/investment in Iran while embargoing our oil.

Told #Raisina2020 it’s sad that biggest economy has allowed itself to be bullied into violating own obligations. JCPOA’s future depends on E3, not Iran.https://twitter.com/raisinadialogue/status/1217402060368310272 …

463 people are talking about this

Britain, France, and Germany, on Tuesday formally triggered a dispute settlement mechanism featured in the JCPOA, a step that could lead to the restoration of UN sanctions against the Islamic Republic.

In a joint statement, they said the mechanism was activated in response to what they claimed to be Iran’s repeated violations of the nuclear deal.

Britain, France, and Germany have formally triggered a dispute settlement mechanism featured in a 2015 nuclear deal with Iran.

One year after Trump left the JCPOA, Iran began suspending some of its commitments under the JCPAO in response to US sanctions and measures to prevent Tehran from reaping the benefits of the deal as well as in reaction to the Europeans’ failure to shield business and trade with Tehran in the face of Washington’s pressures.

Tehran has, however, reminded that all its retaliatory steps fitted within Article 35 and 36 of the JCPOA, and that its countermeasures are “reversible” upon effective implementation of reciprocal obligations.

In two other posts on Twitter on Wednesday, Zarif also hit out at the Europeans for failing to live up to their commitments under the JCPOA, enumerating their violations, including failure to buy Iranian oil.

E3 claims it has kept its obligations under JCPOA.

He said Europe has “violated its own laws by bowing to US extraterritorial sanctions”, noting they set up a non-dollar trade mechanism to protect business with Tehran but no single transaction was conducted.

Here’s what E3 HAS been busy w/ since the US left JCPOA:

829 people are talking about this

Britain, France, and Germany announced the establishment of Instrument in Support of Trade Exchanges (INSTEX) in January 2019. The apparatus is meant to circumvent the sanctions that the United States began re-imposing against Iran after leaving the JCPOA.

In its initial stage, INSTEX was supposed to facilitate trade of humanitarian goods such as medicine, food and medical devices, and later be expanded to cover other areas of trade, including Iran’s oil sales. However, it has not resulted in any trade deals so far.

Turkey ‘not pessimistic’ about ceasefire in Libya but wary of Haftar

US House votes to send impeachment articles to Senate